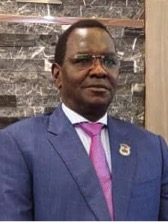 The central bank said Tuesday it will limit the amount of weekly hard currency auctions to commercial banks and forex bureaus from 10 million to 5 million U.S dollars.

Johnny Ohisa Damian, the Governor of the Bank of South Sudan, said the move follows the successful implementation of the new monetary policy instrument known as the Term Deposit facility (TDF) auction that has significantly contributed to decline in growth of money supply to the desirable target of a single digit.

“The Bank of South Sudan Auction Supervisory Committee (ASC) has unanimously decided to reduce the weekly foreign currency auction amounts to 3 million dollars for commercial banks and 2 million dollars to forex bureaus down from 6 million and 4 million dollars per week respectively,” said Ohisa in a statement issued in Juba.

“The TDF is currently performing well and has become a key instrument in steering short-term market rates, management of excess liquidity, encouraging banks to focus on their mandate of financial intermediation, whereby promoting the culture of saving and providing credit to private sector to stimulate economic activities,” he said.

Ohisa said that inflation continues to moderate and the growth in broad money (M2) has stabilized around the policy target.

“In the light of the above developments, the Bank of South Sudan is aware of the slight strengthening of the US dollar against all major currencies, including the South Sudan Pound,” said Ohisa.

In August, the SSP was trading with the dollar at 65 but currently it’s trading 62 per dollar.

“We are also aware of the increased demand for forex by both businesses and individuals due to the approaching of the Christmas and New Year’s festive seasons. The Bank of South Sudan will keenly be monitoring this development and will continue to revise the amount of forex auction amount guided by the market forces to meet the foreign exchange demands by the business fraternity,” said Ohisa.