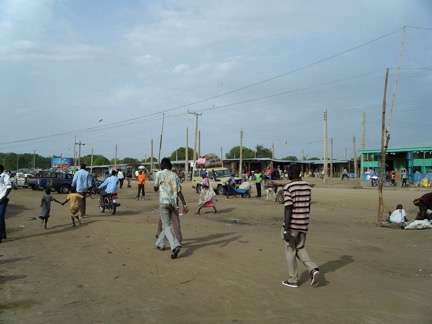 The Jonglei State’s Chamber of Commence, Industry and Agriculture has reversed the previous order to shut down the entire Bor Town’s market over traders’ misunderstanding, but instead closed nine shops that defied the order.

On Tuesday, the Commission’s Chairperson threatened to close the bazaar over conflict among the retailers and wholesalers.

However, the government was able to intervene and recommend closing down of the nine businesses that rejected the order rather than the entire market.

“We sat down with the government and we were told that the nine people who refused the order, must have their shops closed until further notice,” Mr. Ajak Garang Kurwel told Juba Echo in an interview on Wednesday.

“So we have opened the market and the nine shops have been shutdown. So, we look forward to further discussions with the State’s government on the matter,” the official added.

The blackout shops are believed to be owned by some foreign nationals among others.

On April 21, the Mayor of Bor Municipality issued an order for the separation of the market roles between retailers and wholesalers.

Nevertheless, the order was rejected by the wholesalers who also play a role of retail businesses until the Mayor reversed the order verbally.

But, Mr. Garang said majority of the population had wanted to abide by the provision, though few people including the Somalians Chairman in Bor among other eight rejected the order.

The move later created a conflict in the market among the traders and that culminated to the Tuesday’s order to shutdown the market to prevent the escalation.

However, the Jonglei State government’s relevant authorities had promised to settle the case as soon as possible.

Attempts to reach the business owners/shop players in Bor town were not immediately successful.