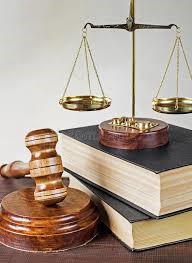 Cordaid organization staff in charge of Bieh health facility has been arrested in connection with the killing of World health Organization (WHO) staff who was murdered in cold blood in what appeared to be a revenge killing in Bieh of Guit County yesterday.

Guit County commissioner Kawai Chany Bur told Juba Echo that the suspect who is a nurse in charge of the health facility was arrested because he is suspected to have directed the revenge attackers to where the slain humanitarian worker was.

“Mr. Riak Tut Both the cousin of the General killed last year and also a relative to the suspected killers was arrested for directing the revenge killers to kill the deceased,” he revealed.

The commissioner added that they arrested the cordaid organization staff at 5PM local time yesterday based on their preliminary findings and his communication a few hours to the incident.

“He actually gave directive and measures to his relatives to kill the deceased, even the patients in the health facility confirmed his communication before the incident happened but they didn’t pay attention.” Said the county commissioner.

Chany said this revenge killing is a now a cycle of violence because someone else who was killed by a relative is targeting aid workers and discomforting innocent civilians in Guit County.

“We shall arrest all the suspects and call for a conference where we shall formulate strong measures to contain this violence and end this cycle of revenge killing in Guit County,” the commissioner continued.

He urged his subjects to be calm and wait for government action about the recurring revenge killing in this area.