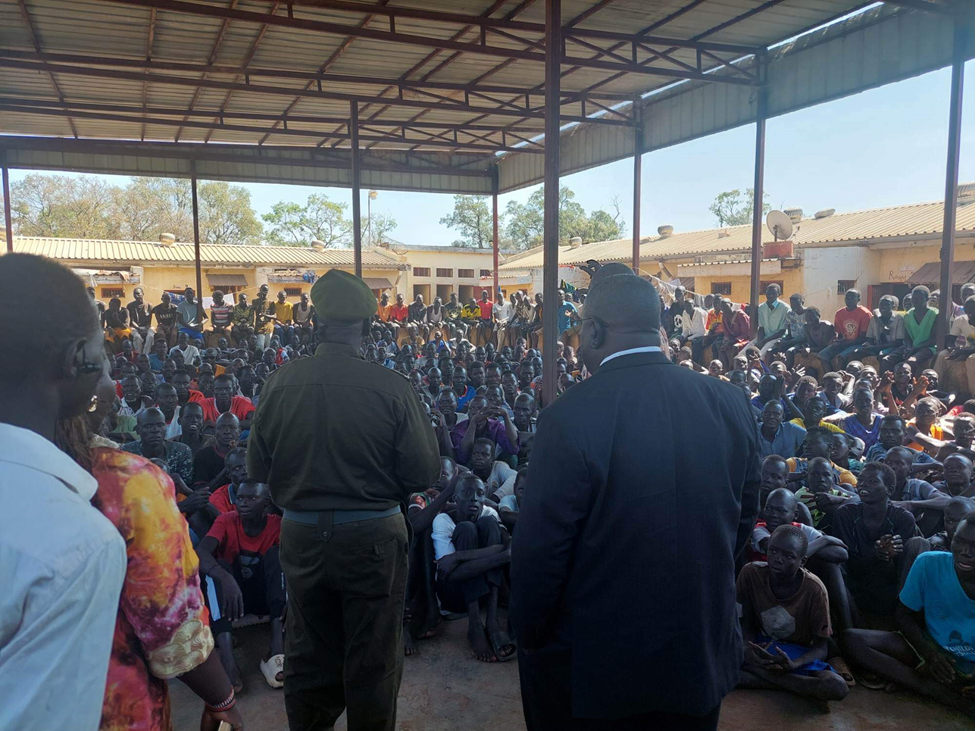 Authorities of Aweil Central Prison on Thursday pardoned some one hundred inmates who had been serving sentences on minor charges.

Abraham Majur Lat, head of the Aweil high court told journalists the release of the inmates is meant to decongest the overcrowded prison ahead of the festive season.

“Some of these people are juveniles, and others have minor charges like theft and adultery charges,” said Majur.

Majur disclosed that the majority of inmates in the prison are serving minor sentences, hence the need to free them to create space.

“Most of the cases are so minor that someone can’t take long in the prison, so we have to investigate into such offences as some come from different courts and get pulled into prison,” he said.

Adut Deng, one of those pardoned said she is relieved to be out of prison.

“I had a problem with my partner for having conceived with another man, my husband on hearing I was pregnant reported me to the police who arrested me, he had been away for years and he wanted to divorce me,” said Deng.

The high court blames the local courts particularly the chiefs for not scrutinizing the cases properly before sending people to prison.