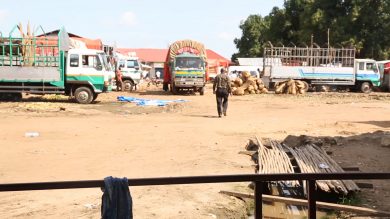 Authorities in Yei River County of Central Equatoria State have arrested two members of the South Sudan People’s Defense Forces over the murder of two civilians along Yei-Kaya road this week.

Yei Police Chief, Major General Lujang Kamba confirmed that the officers have been arrested and are being held at the Yei army garrison over the incident which occurred on Tuesday.

The men are also suspected of being behind the looting of cattle belonging to the area people.

The dead who “were killed on spot” were part of a group of three cattle herders, all young boys, following the raiders when they were killed, according to Kamba. The third boy “escaped by running away,” he said.

“Actually, we have apprehended the suspects. They are armed SSPDF soldiers and are now under custody at the Yei military garrison waiting (for) investigation to find out whether they were the ones who shot them or not. They are the only suspects arrested,” Kamba said by phone yesterday.

Kamba said some of the cattle were recovered. One suspected confessed that nine of the loot had already been slaughtered, he said.

A relative to one of the deceased said the incident has shocked the people.

“This incident shocked the Ronyi people and to make it worse, it happened very close to where our army garrison is,” the relative who only identified himself as Simon said.

“We don’t know who these people are but they were armed.”

“The killing shocked us badly and we hope this message goes across the nation. We should condemn such barbaric acts on people who are not even armed doing positive things and their livelihood fishing for themselves,” he said, calling on the perpetrators to be prosecuted.

“On 25th February this year, we received a rape report involving a 35 year old man and a 3 year old baby girl. We actually thought it was an attempted rape but when she was taken to the hospital, sperms were found inside her,” Lujang narrated.