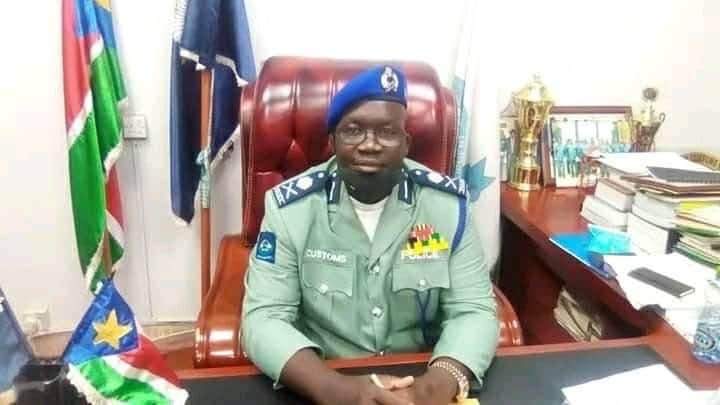 A wave of attacks on travellers on the highway leading from Uganda’s border to the capital Juba almost led to travellers abandoning it leading to a step up of security on all roads across South Sudan.

At least eight travellers were killed on the Juba Nimule highway in August by armed men suspected to belong to the National Salvation Front rebels led by Thomas Cirillo which operates in the Equatoria region.

The attacks also left 14 trucks and 13 other vehicles burnt down between April and August, forcing truck drivers into a protest.

“It was turning into a nightmare,” Akol Ayii Madut, the Director General of the Directorate of Customs told Juba Echo in an interview on Wednesday.

“This is being done by those who think they can use it to overthrow the government but its just a waste of time,” he said.

“The government has decided to act decisively now and we have set up strategies to counter all insecurity.”

The attacks were reminiscent of similar ones on the Morobo-Kaya road in Central Equatoria which also killed several drivers.

Madut revealed that the strategies include removing all illegal road blocks, using convoys to protect travellers and instituting patrols on the major highways.

The attacks were protested by drivers for two weeks. They also blamed the South Sudanese government for allowing illegal checkpoints to flourish, leading to the closure of all on the thoroughfare between Juba and Nimule.

The protests of the drivers led to an uproar in the country as prices quickly shot up.

According to Madut, no roadblocks will be entertained between Nimule and the capital, and going too for all highways across South Sudan.

“On Juba-Nimule road alone, we have removed 17 roadblocks and in Nesitu its only the anti-smuggling unit left,” Madut said.

Similar actions have been taken on all other major highways, he said, describing it as an “everlasting” action.

Madut said the security forces in South Sudan have the capability of protecting people within its territories, refuting rumors that Ugandan forces were being requested to move in and secure Juba-Nimule highway.

“We cannot allow and force from the region to come and guard our trucks, no, no,” Madut said.

Madut lauded proceeds from his department to the government coffers, noting that as much as 2 billion SSP are recorded monthly in taxes on imports.

These are from 27 entry ports across South Sudan with the Nimule border recording the biggest bulk, he said.

“Nimule is just the lifeline of the country,” he said adding that he will personally travel the 195 kilometer stretch weekly to ensure its secure for travellers.