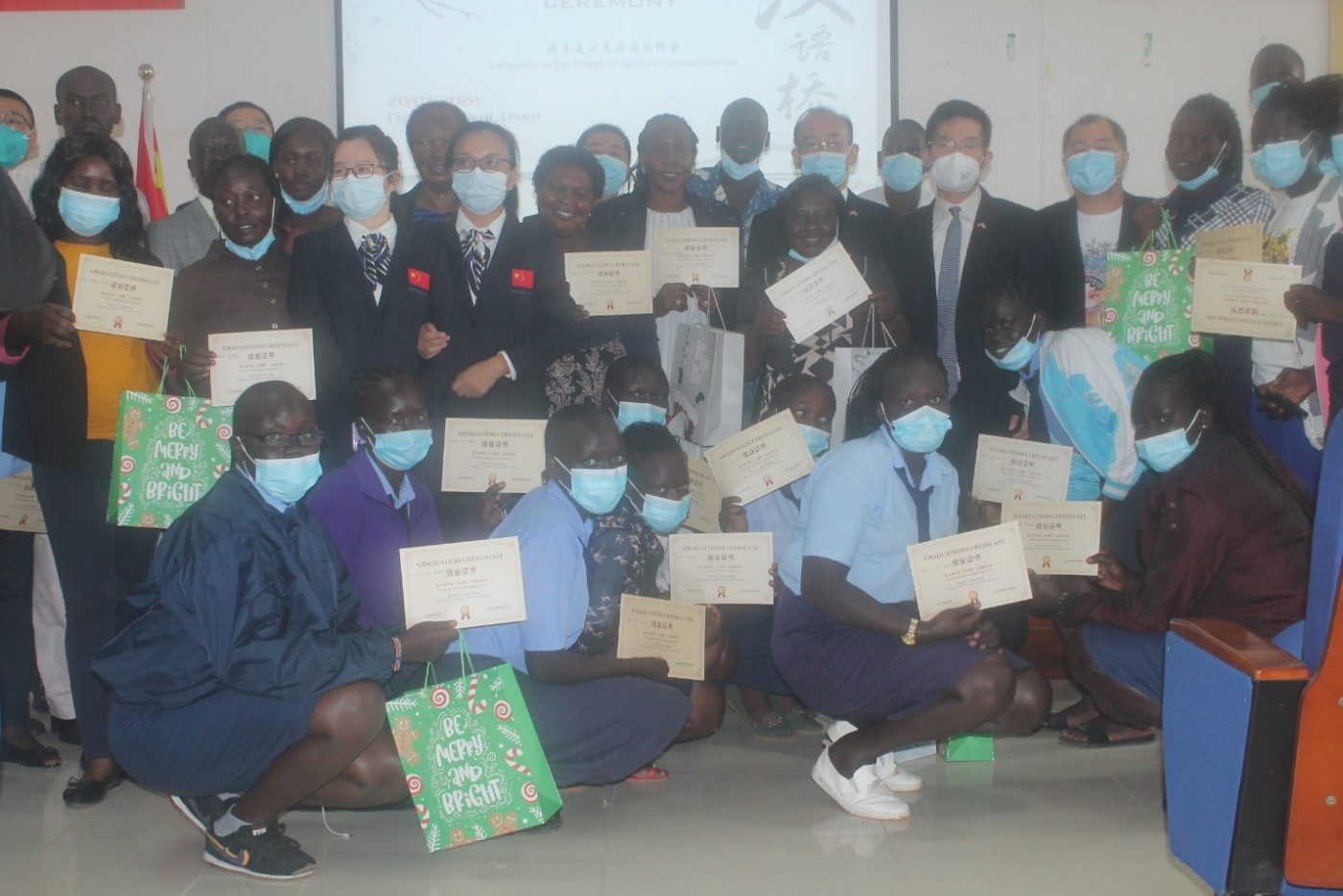 At least 58 South Sudanese medics on Wednesday completed the second phase of Chinese medical language course which commenced in April this year.

Janet Michael, Director General of nursing and midwifery in the ministry of health, said the Chinese language training will help local doctors and nurses to communicate with their Chinese counterparts.

“I would like to thank the Chinese people for all the efforts they have made to support us as a country, especially in the medical field. Of course, a lot of people have been going to China for studies the hurdles they always met is that they could not communicate in Chinese language,” Michael said during the Second South Sudan -China bridge language graduation ceremony in Juba.

She said that Mandarin has become a global language because many countries are increasingly trading with China.

Sandra Zangabeyo, a surgeon at juba teaching hospital where the training was conducted, said learning Mandarin will help them read and understand how to prescribe Chinese drugs donated over the past years by the Chinese government.

The Chinese language lessons conducted at the Juba Teaching Hospital commenced last year, under the eighth batch of the China medical team which has since been replaced by the ninth batch.

Ding Zhen, leader of the ninth batch of the Chinese medical team, said language is a bridge for people to communicate and understand each other.

“Communication and mutual understanding are important for establishing friendship, because of this Chinese medical team opened the Chinese medical language training class to provide platform for learning Chinese culture,” he said.

Some of the contents of the course, included Chinese traditional medicine and cuisine.

More than 5,000 South Sudanese have been to China for studies since independence of the country in 2011.

“The Chinese language training course is not only training of language but also to provide platform for communication and exchanges of culture between China and South Sudan, which in a broader phase will also help to deepen mutual understanding and smooth friendship between our two people,” Ma said.