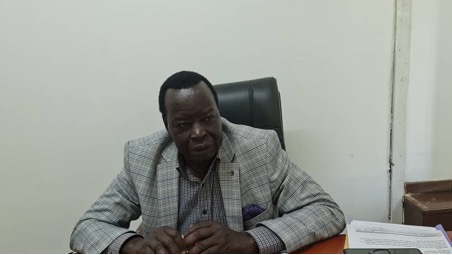 As South Sudan opposition splits, army must intervene to save civilians: official

The South Sudan People’s Defense Force must intervene to save civilians from violence as a rift in the Sudan People’s Liberation Movement in Opposition turns into an open war, a veteran army official and top politician said.

The split in the SPLM-IO turned violent when the faction, who remained loyal to the group’s leader, Dr Riek Machar Teny clashed with the renegades led by his former chief of staff, Gen. Simon Gatwech Dual.

Gen. Dual joined forces with his deputy Johnson Olony and declared they had ousted Machar who is participating in a peace agreement implementation between the group and President Salva Kiir’s administration in Juba.

The group has been reinforced by the defection of Machar’s former deputy, Henry Odwar.

Clashes between forces loyal to the rival factions occurred twice in the last two weeks in Magenis in Upper Nile state, with reports of heavy casualties.

“The SSPDF must make a choice on the IO crisis,” Gen Salva Mathok Gengdit, a member of the national Legislative Assembly, said in an interview on Wednesday.

“The IO now has become a problem. They have rebelled against the government actually when they rebel against Dr. Riek,” Gengdit said.

“Displacement of citizens is one of the key issues we should observe in this crisis the IO are creating.”

Resettlement of displaced people in South Sudan after about four million fled their homes during six years of crisis has remained a headache to the transitional government of national unity.

The crisis between 2013 and 2018 also left 400,000 people dead, slashed production of the country’s sole revenue source, crude oil, and led to economic chaos.

A peace deal in September 2018 led to the institution of the transitional government of national unity, expanded to include several groups in a three year administration.

Its success depends on funding from the oil money and additional expenses would be uncalled for, according to Gengdit.

“We don’t want any further displacement. We are preparing now to return the people home for settlement,” Gengdit said.

“The SSPDF must prepare to make a choice on these people who are destabilizing the system because the result of it will come to displacement of the citizens,” he said.