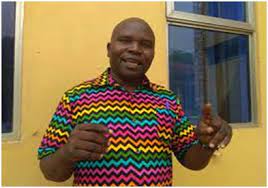 The Executive Director for the Juba based Foundation for Democracy and Accountable Governance (FODAG) Jame David Kolok says two of his staffs who were arrested yesterday have been released this afternoon without charges.

Yesterday armed gunmen stormed into the office of the civil society organization several times arresting two of their staffs.  Jame says they were actually looking for him

The reasons for their arrest was attributed to an article published by of one of the international media outlets late last month claiming FODAG was one of the member organization planning public  demonstration against the government.

“The article published wasn’t true as FODAG didn’t call for any demonstration, my staffs just like me are innocent and should not be victimized because of my activism”, the activist said on his social media page.

There has been an increased crackdown on activists in the recent months, in Yei River county of Central Equatoria, Justoson Victor and a bishop were also arrested by authorities and later released with no reasons given.