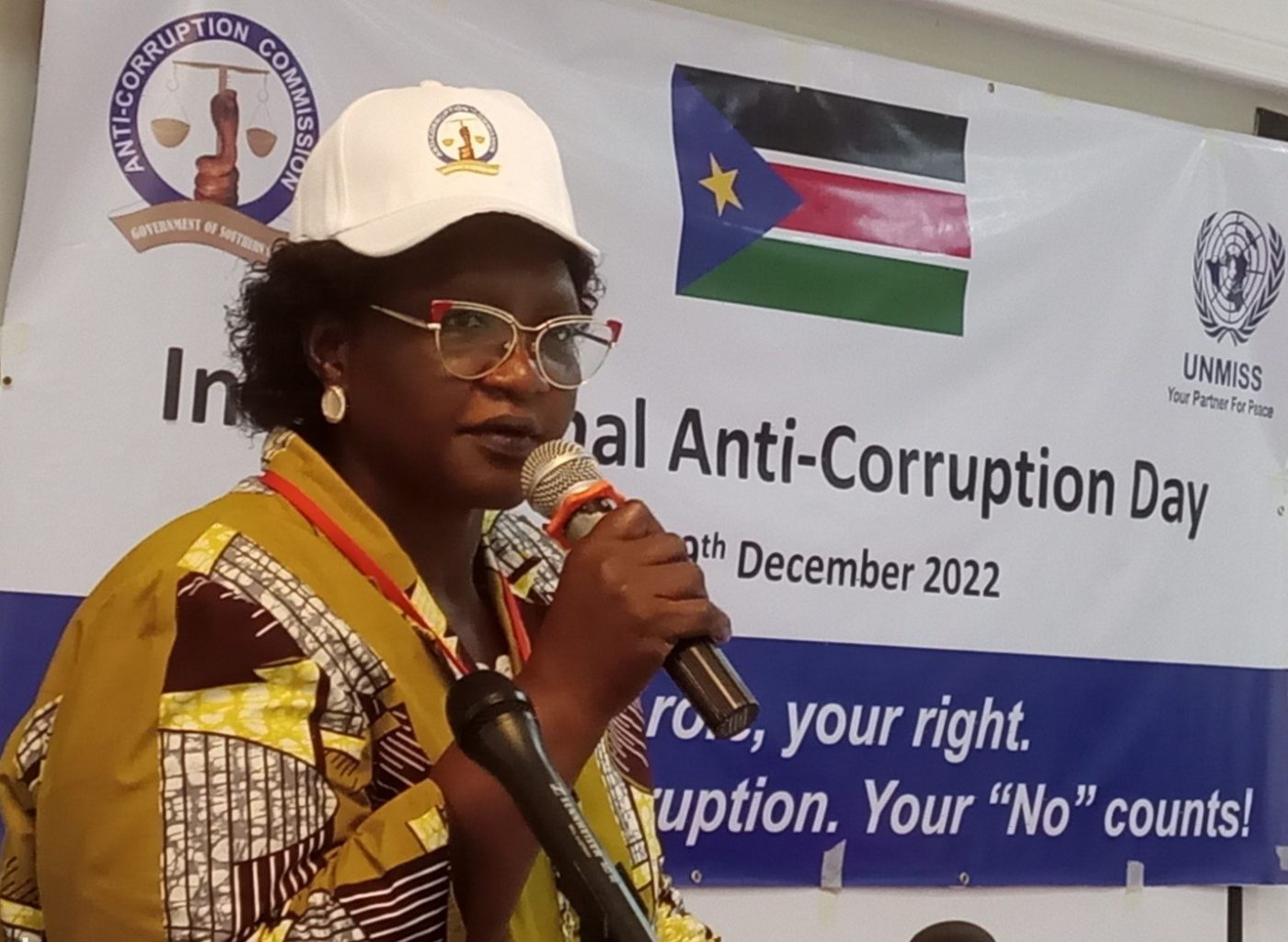 The Anti-Corruption Commission has called on law makers to enact law giving it sweeping powers to independently investigate corruption.

This was revealed on Friday by Christina Henry Jada Zachariah, the Commissioner of South Sudan Anti-corruption Commission (SSACC) during the celebration of International Anti-corruption Day at Crown Hotel in Juba.

“The government recognizes that corruption exists and is committed to fight the evil of corruption in all its forms and manifestations, however, the main challenges that obstruct the work of SSACC are fundamentally of structural and legal nature,” said Zachariah.

Zachariah said the existing legal structure has turned the Commission into a mere barking dog that cannot bite.

She disclosed that the constitution has given the Commission prosecutorial powers that have not yet been enacted into law.

“The establishment of the 2009 Act has limited the Commission to effectively combat or fight corruption, obviously the absence of the law has undermined the performance of the Commission and the worst part of it is the serious financial difficulties which had detrimental impact on its activities,” she added.

Enock Tombe, the Bishop Emeritus of the Episcopal Church of South Sudan while citing biblical reference said the most common form of corruption is bribery.

“The common complaint is that leaders and government officials in Africa are corrupt, facts seem to back up the complaint, political corruption is when people of power and influence use their position for their own personal advantage or for the benefit of family members or friends, the most common form of corruption is bribery,” said Tombe.

William Lokudu, the representative for Community Empowerment for Progress Organization (CEPO) said corruption hinders development, noting that Anti-corruption commission need to be reconstituted to help combat corruption in the country.

“I equally appeal to revitalized transitional government to redouble their efforts in fighting corruption and ensure that independent institutions such as Anti-Corruption Commission, the National Audit Chamber, the Public Grievances Chamber, the Judicial Service Commission and others are structured, reconstituted and adequately funded to uphold integrity and promote good governance in our country,” said Lokudu