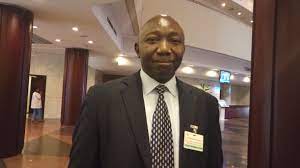 By Simon Deng
A civil society activist has blamed political parties in the country for centralized system of governance that has failed to deliver.
Rajab Mohandis, the Executive Director for Organisation of Responsive Governance said on Monday that today’s leadership system was mot what South Sudanese liberators fought for in the decades of the struggle that claimed millions of lives.
He was speaking to Juba Echo in an interview to mark the SPLM day/May 16.
According to the activist, the country achieved nothing for citizens during the 38 years of the liberation struggle.
“As we speak now, power and resources are being concentrated in Juba, the political elites and the parties have assumed the position of the Khartoum based regime that centralises everything to themselves. This undermines and compromises the main objectives of the struggle,” he said.
The Southern people mainly from the southern part of the then of the country took arms against Khartoum in 1983 to fight what they termed as dictatorship, oppression, independence and marginalization. But Mohandis says, today, only independence has been achieved for South Sudanese people and nothing else.
“The objectives of the struggle was not only to create an independent state but to create a state that adheres to important principles,” said Mohandis
“The principle of freedom of expression, human rights and democratic governance, now the independent country itself did not achieve those objectives, we still remain to achieve major aspects of the struggle as indicated in our Independence’s declaration including economic and political emancipation,” he added
According to the activist, the journey that started on May 16 has remained a song for South Sudanese people, citing that the people have not benefited from it as the country’s objectives of liberation struggle have not been fulfilled.
He called on the country’s leadership to instil a sense of responsibility and address issues affecting the country and its people.
“What has happened is that we led the struggle and achieved independence but we still remain with the same problems that we had when we were struggling for the independence of the country, the governance arrangements that is based on people’s consent has not been achieved, devolution of powers has not also been achieved,” said Mohandis.
The 2018 peace agreement gives a roadmap for decentralisation and devolution of powers as an important aspect, that has not also been achieved, according to Mohandis.
South Sudna’s government on Monday marked the 38 anniversary of the establishment of the Sudan People’s Liberation Movement and Army or SPLM/A.
The SPLM/A was led by Dr.John Garang De Mabior, until 2005 when he was killed in a helicopter crash, many observers say, his death weakened the South Sudan’s current ruling party.