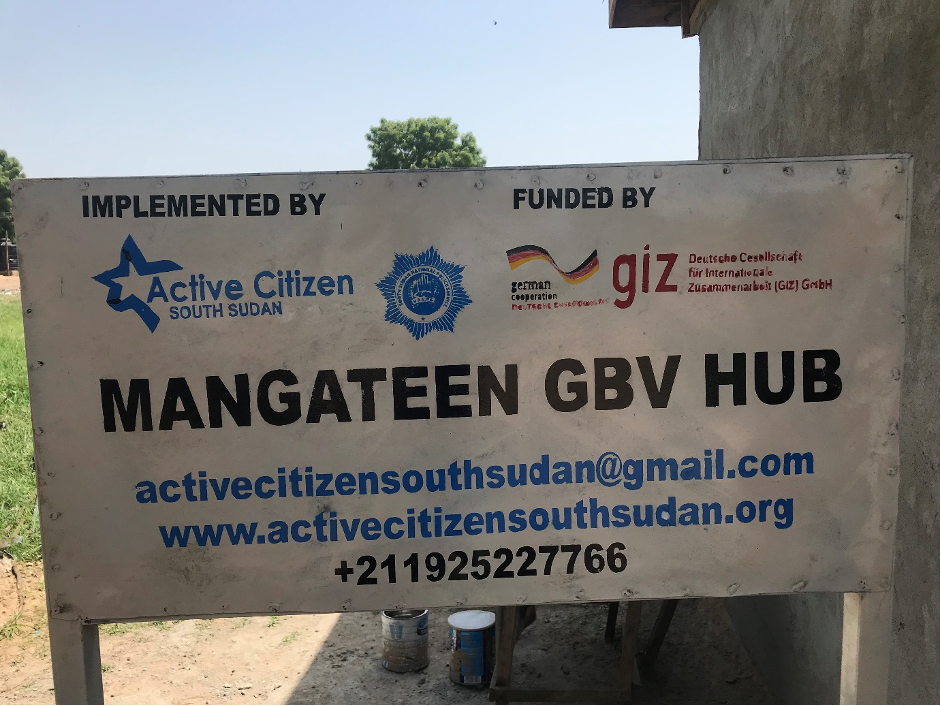 Out of humanity, Active Citizen South Sudan, an indigenous organization operating in the country has come into the rescue of a gender-based violence (GBV) survivor who was disadvantaged by her family by ensuring her treatment and necessary psychosocial support in Mangateen residential area in Juba.

Earlier this year, a 19-year-old lady was beaten by her own brother for refusing to marry off a person out of her consent.

As a result, the young lady became traumatized, disturbed and paralyzed to the point that she could not walk alone up to now.

But to rest the case and support the integration, the local organization roped in her rescue in their droves to participate in trauma healing and psychosocial support of the lady to achieve her sustainable peace.

“It is important because GBV is part of our activities that we advocate against in our communities. So, we are trying to integrate the young lady into her peers. The situation happened but it is not the end of life for her,” Gai Makiew Gai said in an interview on December 15, in Juba.

“In this regard, we supported her with the necessary medication, counselling and psychosocial support giving her sanitary towels,” he added.

The approach was meant to reconnect and rehabilitate the victim to enhance and build to facilitate her integration into the communities, according to the activist.

“When she shared her GBV experience with us, we felt bothered. Nevertheless, we had to think of ways to help her and this is why we undertook her rehabilitation. In a nutshell, we are working for our community,”

The rehabilitation process was supported by the German Cooperation, through Deutsche Gesellschaft für Internationale Zusammenarbeit (GIZ).

The two entities have collaborated to help people whose lives and livelihoods were shattered by conflict and disaster to survive, recover and gain control of their future as they have been championing GBV awareness among the communities.

In April this year, Active Citizen South Sudan set up a gender-based violence (GBV) hub in Mangateen residential area in a bid to respond to the cases of violence.  These include sexual assaults especially rape, psychosocial violence and harassments

This comes after South Sudan health authorities said it responded to approximately 330 cases of rape, physical violence, and other issues related to gender-based violence (GBV) across the country in 2021 alone.

The report however suggested that delays in reporting the cases have continued to be a biggest challenge since there have been no centers to deal with the cases in the area.

Gai promised the organization would continue to work for the communities in a bid to build a gender-based violence free society.

“There are rampant cases of GBV but we are happy to serve our communities so that the practice is eradicated,” he said.

The GBV victim whose name has been withheld for safety reasons thanked the organization for its generosity and humanity.

“I don’t know how much I will appreciate this organization but I am happy. It takes much to show humanity. Thank you very Active Citizen,”

Gender-based violence (GBV) is a serious violation of human rights and a life-threatening health and protection issue, according to the UNHCR.

It is estimated that one in three women will experience sexual or physical violence in their lifetime.