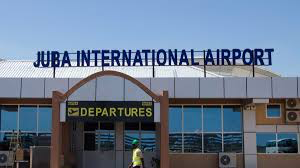 Ever since your country became an independent republic, I have always yearned to visit, draw support and learn from the courageous citizens and residents of South Sudan. And so, I was excited to finally fly to Juba.

Mr. President, I was horrified by the high levels of bribery and corruption at the airport. I was instructed to join the VIP line from which I observed immigration officers in uniform asking guests with visas from South Sudan embassies in their home countries to pay between $50USD and $100USD for a second so-called “visa registration”! These extra fees were neither receipted nor negotiable.

I screamed loud my dissident objection. More of your male immigration officers surrounded and threatened me with all sorts of loud intimidations if I did not stop screaming. I screamed even louder and demanded for women officers. When two women came, they manhandled me in the presence of all at the airport, causing me to collapse onto the floor.

Eventually, a uniformed immigration officer who identified himself as Captain Akuot Aquila came to my rescue with a wheelchair, apologized on behalf of his colleagues and got me to my driver without asking me for a single cent of bribe money.

Mr President, you must address and end these shamefully high levels of bribery and corruption at Juba International Airport, if you are interested in encouraging visitors, tourists and foreign investors in South Sudan. Secondly, you must professionalize your immigration officers and penalize them for bribery, corruption and harassment of visitors who enter and leave the airport. Thirdly, you must regularise the fees paid by foreigners who enter and stay in your country. Why must different visitors pay double, and moreover pay different un-receipted amounts of money?

The first impression of South Sudan is created when we arrive at your airport. Unfortunately for me, the thuggery, intimidation, physical assault, gender irregularities and insults that I received at Juba International Airport are a total disappointment, let down and put off. My dreams of visiting South Sudan were violently violated by the reception I received at the airport by public officers paid with taxes of (South) Sudanese people.

Today, I departed from South Sudan with my bags. As I sit in Addis Ababa waiting for my connnecting flight to Rome, and then further off, I am doing my civic duty as a dissident Pan-African living in exile. I am reporting the deplorable state of affairs at your sole international airport with the hope that you will do what is right for South Sudan’s international image. Mayardiit, please clean up your airport so that I have nothing to complain about when I return next to Juba.

cc:
Office of the President – Republic of South Sudan.