A juvenile is shot dead in Torit county by unknown gunmen

A 17-year-old,Emmanuel Akalo has been shot dead in Oguruny village Hiyala Payam of South Sudan’s Eastern Equatoria State on Friday by unknown gunmen according to the authority.

The juvenile is said to have met his death when he was bathing at a water point with three of his colleagues who managed to escape unhurt when four gunmen shot at them.

This comes only few days when King Oyalala of Hujang Kingdom organized a trust building dialogue aimed at promoting unity, peace and reconciliation between Oguruny and Iloli communities.

Cristo Otida, the sub chief of Oguruny Village told Juba Echo that, the late young man died on the spot at around 7PM adding that, they are investigating by following the footmarks of the assailants

He urged the community against taking laws in their hands in case the footmarks lead them to a certain location saying the Government will do its part in apprehending the culprits and holding them accountable for their acts.

“an incident happened here on Friday at 7PM, these four children had gone to bath when they were shot by people who killed one of them known a Emmanuel Akalo, 17 whose body was taken to Torit.

According to Commissioner, tension almost erupted in this area before the Friday one when youth of Oguruny suspected Iloli of animosity but later it was thwarted by lack of evidence and prompt response by community leaders.

“There was this peace, king Oyalala initiated behind the trust building between Oguruny and Iloli where there was peaceful co-existence between the two communities unfortunately tension almost began when the youth of Oguruny wanted to attack the youth of Iloli whom they assume to be responsible for the unfortunate Friday event.” Says the commissioner.

A civil society activist in the region Oryema Emmanuel, strongly condemned this act saying it is a violation of God’s commandment and christened the security agents to provide maximum security to South Sudanese and their properties

“In the strongest possible term, we condemn this act since no one has right to take life of another, it is against  God’s commandment, may the soul of the one  killed rest in peace, and I also call the security agencies to strengthen security.” Concludes the activist. 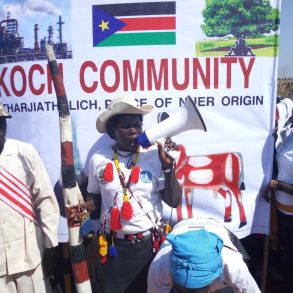 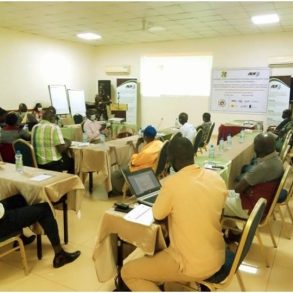