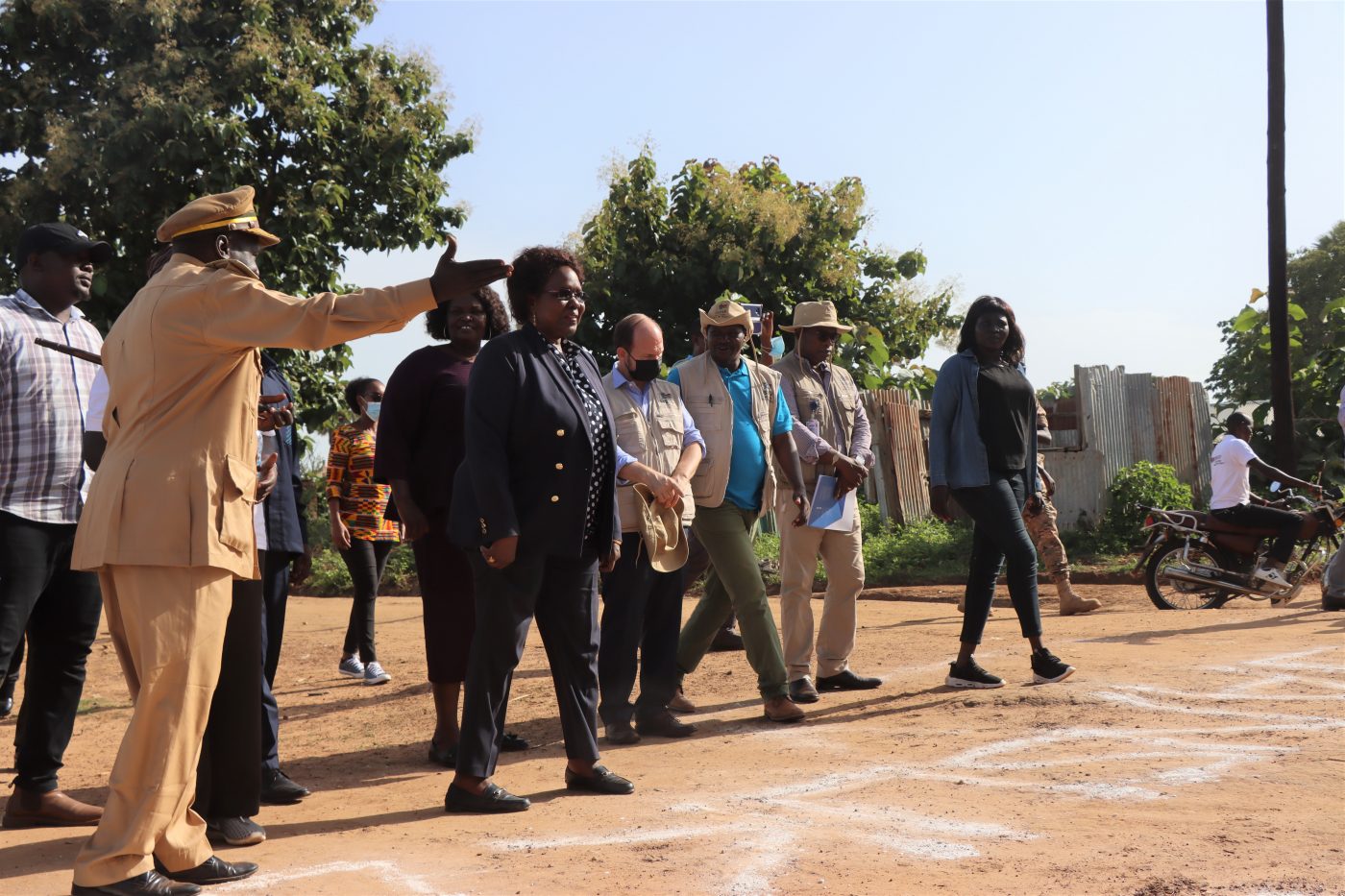 YEI, June 03, 2022 – A high-level delegation comprising the National and State Ministry of Agriculture and Food Security, Ministry of Gender, Child and Social Welfare, the World Bank (WB) and United Nations Office for Project Services (UNOPS) concluded a two-day visit to the South Sudan Safety Net Project (SSSNP) sites in Yei River County in Central Equatoria State. The purpose of the mission was to provide an opportunity for key stakeholders to assess the impact of the SSSNP and to interact with beneficiaries and local authorities that have been actively involved in the implementation of the project.

The mission members visited a number of project sites within the Yei River County including cash payment locations, Labour Intensive Public Works (LIPWs) and Cash Plus training sites in Jordan, Luparate; Sobe villages in Yei Boma, and Kujemeje Village in Jansuk Boma.  During the visits, they listened to the personal testimonies of the project’s beneficiaries about how the project had positively affected their lives. The mission members also interacted with the Boma Development and Payam Development Committees, County Core teams and area chiefs to elicit their own perspectives on the quality of project implementation efforts and the overall development outcomes of the project.

During the visit, Minister Josephine Lagu pledged the Government’s strong support for continuing to address the challenges of fragility and food insecurity in the country, stating: “as the Ministry of Agriculture and Food Security, we shall continue to work towards ensuring that this country is food secure and that citizens from all walks of life are empowered to take charge of their lives.” 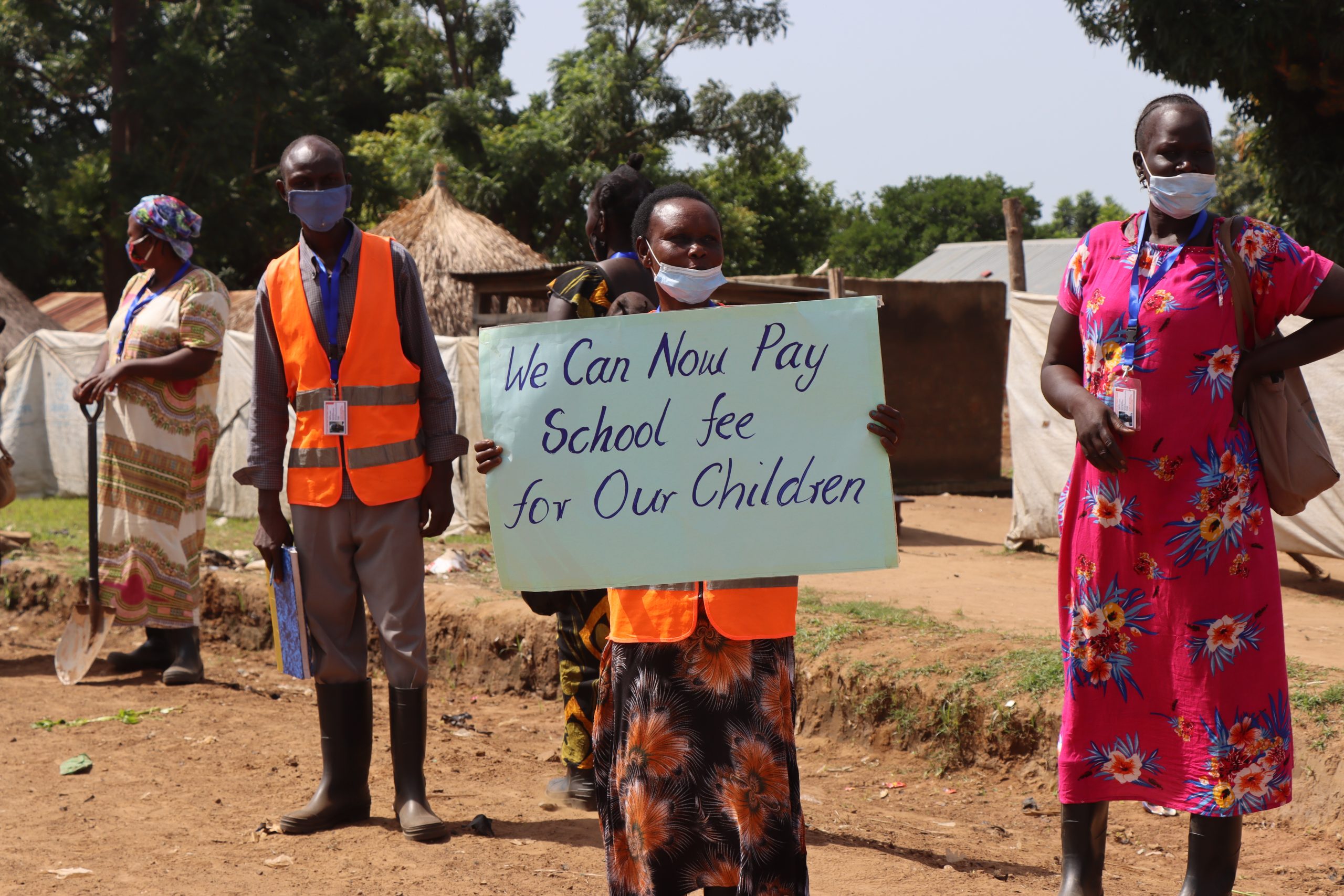 On the gender front, Minister Aya Warille emphasized that supporting women with cash, in the long run, would lessen the burden shouldered by families. Moved by the firsthand testimonials of beneficiaries, she stated:  “Hearing families narrate how they’ve been able to take their children to school, treat the sick, start saving groups, open up businesses, indicates that we are on the right track to eradicate poverty in this country.”

Firas Raad, on his part representing the World Bank,  expressed his appreciation for the strong guidance and support shown by the South Sudanese Government towards the successful implementation of the project. He said, “the South Sudan Safety Net Project has been a central part of the World Bank’s Country Program and its efforts to protect the livelihoods and food security of the most vulnerable South Sudanese;  and we hope that it has made a real contribution towards strengthening community resilience in many counties in the country.”

Speaking on behalf of SSSNP beneficiaries, Perez Akujo, a beneficiary and resident of Luparate Village, reiterated the support extended by the project to her family and her community. She said, “With the money we receive, we no longer have to go to far off farmlands to get food for our families. We can afford to buy food and charcoal within the town, reducing the risk of being assaulted and robbed on our way back home.”

Representing the key implementation agency – the United Nations Office for Project Services (UNOPS) Country Director Peter Mutoredzanwa highlighted the role of the Government in ensuring the success of the SSSNP, saying: “I recognize the support provided by the Government in the management of the project through the National Advisory Committee and the National Technical Committee. These committees have provided us with sound guidance and counsel – and help us stay on course despite the many challenges that came our way”.

Launched in July 2020, the SSSNP is funded by the World Bank and implemented by UNOPS on behalf of the Government of the Republic of South Sudan. The project has been implemented in Yei, Juba, Bor, Pibor, Tonj South, Torit, Kapoeta East, Melut and Raja counties and aims to provide access to temporary income opportunities, benefiting 65,000 poor and vulnerable South Sudanese households, while strengthening delivery tools and local level capacities. The project encourages inclusion and empowerment of marginalized groups, particularly women, people with disabilities, the elderly, youth, pregnant and breastfeeding mothers to address deeper challenges of extreme poverty and vulnerability.