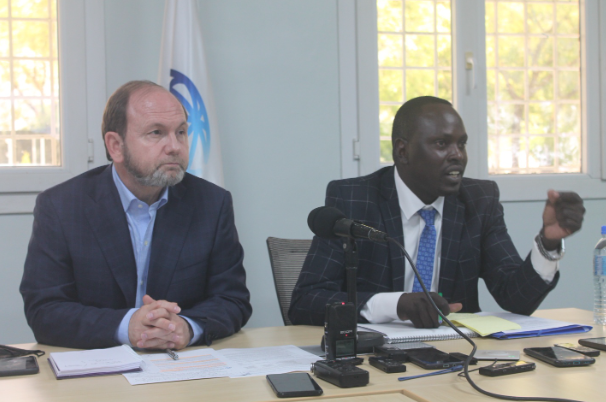 At least 96,000 people are expected to benefit from the World Bank’s 129 million U.S. dollars grant aimed at empowering youth and women.
This was revealed on Friday by Firas Raad, the Country Manager of the World Bank during a press conference held in Juba.

Raad said the grant will increase access to economic and livelihood opportunities for the most
vulnerable households in South Sudan, and also strengthen the effectiveness of the national safety net system.
He added that this particular project will also support 7,000 refugees and 10,500 host communities in the Greater Upper Nile region.
Muklish Arafat, World Bank Social Protection Specialist, said the project will benefit people in 15 out of the 79 counties across the country.
“This current project is going to support 15 counties out of 79 counties across the country and the addition of two counties will represent the refugees and host communities of Maban and Jam-Jam,” he said.
In addition, Raad said the project will help youth to be economically productive.
“Without economic generating jobs for the youth of this country, it will be very difficult to improve the income of households and improve human security,” he revealed.
Raad disclosed that funding will include, skills training, provision of advisory services relating to starting a business and also access to finance.