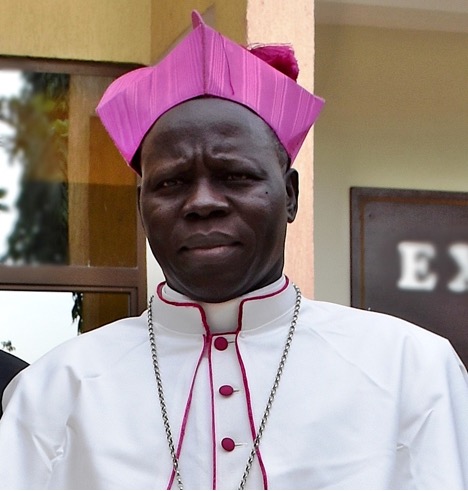 The South Sudan’s Catholic Archbishop is calling for improved educational system across the country as he tasked the Church and the government to raise a better Society for the Country.

Stephen Ameyu Martin Mulla, the Archbishop for the Catholic Diocese of Juba said learning was important for the societies and for that it was imperative to improve it.

“On several occasions, I call for a complete integration of efforts between the government and the Church so that we can raise a better society in South Sudan,” he said.

Mulla was speaking to the Press during the launch of a Church-based Secondary School at St. Joseph Parish in Juba.

He revealed that the school was founded three years ago by Father Henry Morbe, one of the church prominent leaders.

“Education is a key to all things because all professions exist because of education, without education we will never progress, without a good society in South Sudan we will have a poor nation,” Mulla narrated.

Father Frudensio Sule of St. Joseph Parish said that young generations should be educated, while calling on the government to address education related challenges to help learning run efficiently across the country.

“Education is important and it is equally important that all of us participate, you need to participate in this education fully,” said Sule.

Cirisio Zachariah Ladu, the Minister of Education for Central Equatoria State said the government was ready to supporting education beside other services that need to be provided to the citizens.

“The government is ready to provide education services, the country belong to all of us, and our doors are open, the current students are the future leaders, and the government will not accept children to study abroad,” said Ladu.