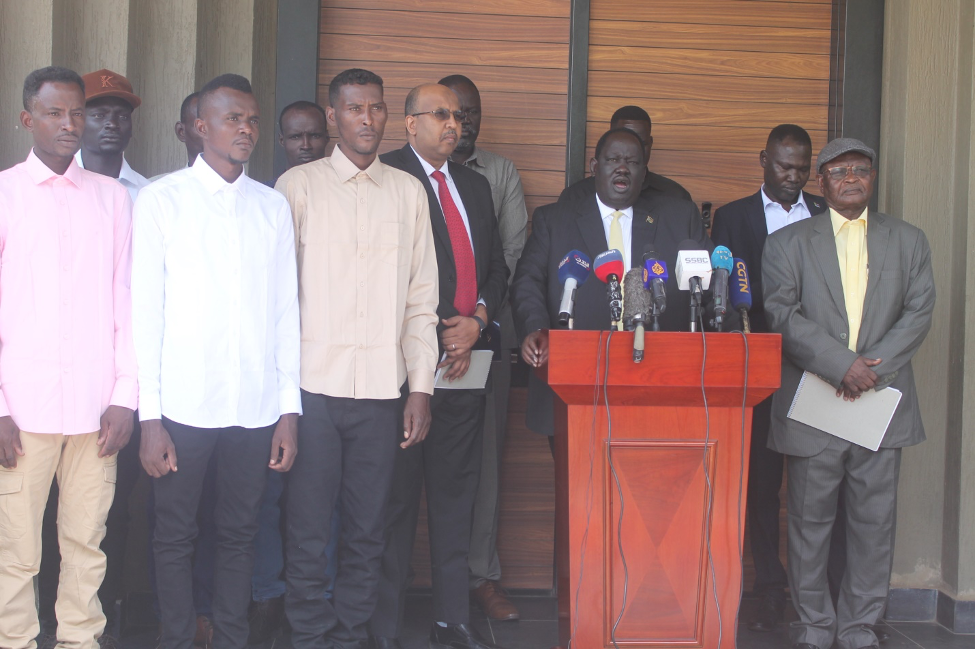 “When the forces were captured in Nuba Mountain, the Sudanese leadership talked to President Kiir to talk to SPLM-North to release the youth, and Abdel Aziz accepted the request,” Gatluak told journalists in Juba on Thursday.

He disclosed that the nine persons have been handed over to the South Sudan government that will later on transfer them to Khartoum.

Hamar Amun, SPLM-N secretary general, said they already released 126 prisoners of war in 2016, in addition to four others handed over to the Sudan government in 2021.

However, Amun noted that the Sudan transitional government has not reciprocated by releasing prisoners of war belonging to them in the last 11 years.

Amun said they remain committed to renewing peace talks with authorities in Khartoum when called upon.

He said the cessation of hostilities inked in 2019 with the government is still largely holding.

Jamal Malik, the Sudanese Ambassador to South Sudan, said the government is ready to resume talks with the hold-out opposition SPLM-N.

“The Sudan government is ready to work for realization of peace, we are ready to come to Juba for the peace talks, Juba forum is accessible, neutral and good to achieve  comprehensive peace in Sudan,” said Malik.

Malik said the 9 released by SPLM-N are civilians.

“The government will work to bring peace, though peace is a long process of high value and comes with many challenges, we lost lives, resources but need to make compromises to achieve peace,” he added.