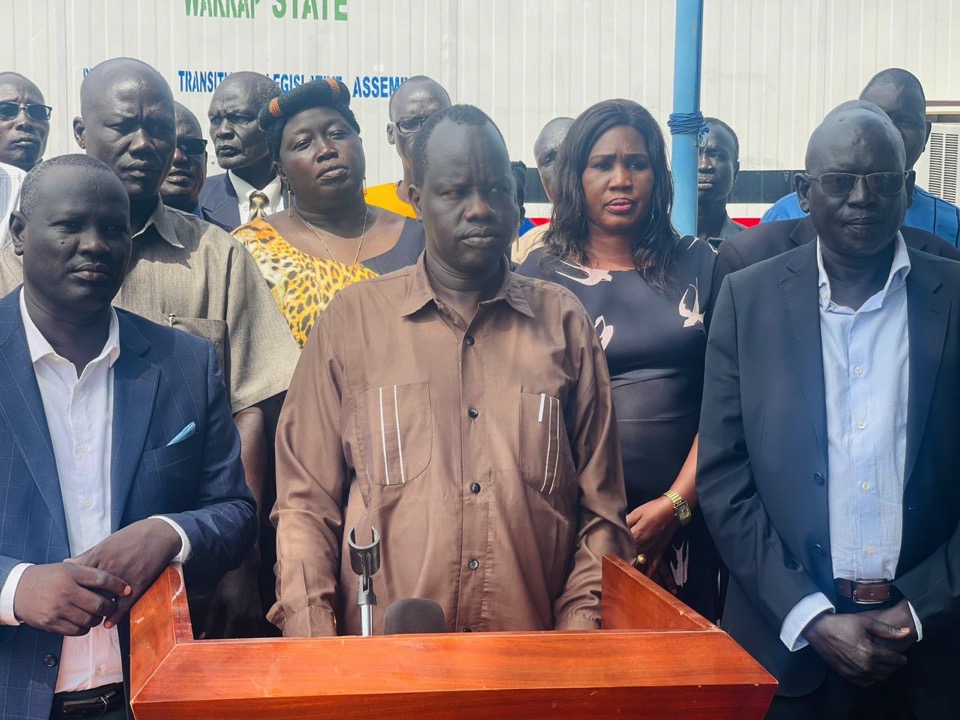 “On behalf of Warrap State Reconstituted Transitional Legislative Assembly and on behalf of the people of Warrap state, after we learnt the barbaric action that took place in Rual-bet Payam of Tonj North County on date 25 June, 2022 recently. The state assembly leadership sat to condemn in strongest term possible the action of armed youths towards SSPDF which were on National Duty” Hon. Kuec Deng Mayar Speaker of Warrap State Reconstituted Transitional Legislative Assembly said.

He said that as representative of the people of Warrap in parliament, they therefore regret the lives lost on both side during this senseless fighting between armed youths and SSPDF.

He called upon State and National governments to intervene in order to rescue the situation their people are in now.

“Hence, Warrap State Reconstituted Legislative Assembly will dispatch as soon as possible the security and peace committees to the ground for fact finding mission after the situation subsides, we also call upon armed youths to cooperate with disarmament forces in the process of execution of their duties as national army. And on the other hand we also call upon SSPDF forces to cooperate with civilians during disarmament exercise not to use excessive force against armed civilians”

On Monday, the state information minister said, dozens of soldiers, some government officials and civilians were killed during armed clashes on Saturday.

A score of other soldiers were reported missing following the violence involving the army and local youth.

The clashes occurred when SSPDF soldiers attempted to recover some cattle allegedly stolen by armed youth in the Tonj North County.