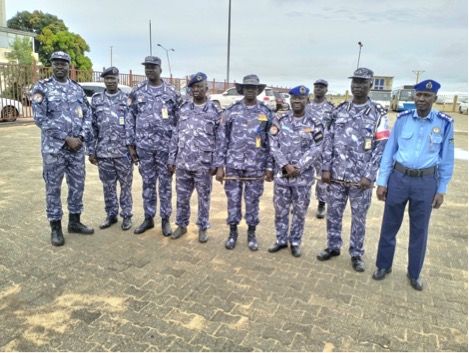 South Sudan’s Directorate of Civil Registry, Nationality, Passport and Immigration have said it will soon deport more than 20 foreign nationals for entering the country without passports or travelling documents.

This was revealed over the weekend by Lt. Gen. Atem Marol Biar, the Director General of the Directorate of Civil Registry, Nationality, Passport, and Immigration.

“The foreign nationals who are now under detention were caught from Juba International Airport while coming from Bentiu and Paloch, and they don’t have passports nor travelling documents, and not even link with any organization they might be working with,” he told the Juba Echo in Juba.

Among the detainees are Sudanese, Ethiopians and Eritreans who are the majority.

“We received 10 people from paloch they were put on the plane by people who are there, we are still investigating them (detainees) to know the people who put them on the plane, they arrived here and we captured them and they are now in Kololo under detention. We have decided as directorate of Immigration to deport them to where they are coming from,” said Biar.

He also said that they are holding 13 people who arrived from Bentiu in similar way whom to deport next week.

“I directed them (airport security) if there is any plane coming with people without proper documents, the same plane must take back those people to where they are coming from,” said Biar.

However, Biar assured that they are not refusing foreigners with proper documents from coming to the country to come.

“I want to tell our security not to cooperate with those coming in without proper documents, you work as committed people with your country at heart, don’t let yourself be bribed with something small and allow those foreigners without documents,” he said.

One Eritrean national among the detainees, who preferred to speak on condition of anonymity, said she travelled to Juba from the Sudanese capital of Khartoum.

“I came to Sudan to seek refuge but it wasn’t possible in Sudan, I decided to come to South Sudan and I don’t have passport or any other documents, we cannot get passports in Eretria its something difficult,” she said.

She said that one has to be 40 years old and above to be given passport in Eritrea.

“We came to Sudan and we didn’t get jobs nor being admitted as refugees in refugee camp that’s why we crossed to south Sudan,” said another detainee.